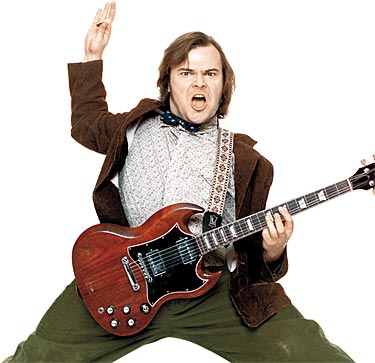 Being the renaissance men that we are, we hardly need to play a guitar-based game, seeing as we can play real classical guitar, while pleasing three women at the same time. For those who aren’t as multi-talented, Harmonix and EA announced in a conference call that the guitar controller for Xbox 360 from Guitar Hero will also work with the recently announced Rock Band game.

Gamers using a PS3 will have to buy a new controller unless an adapter is released. But come on, there’s adapters for everything these days. — Andrew Dobrow