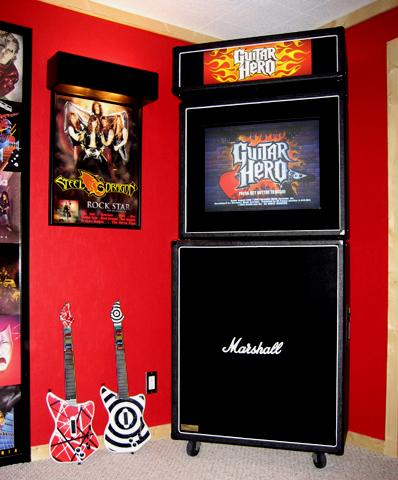 Is the track list on the new Guitar Hero going to keep the rocking trend strong? Even with the upcoming release, the cab fits well. Marshall gear is pretty immortal. Oh, also don’t miss the cool Zakk Wylde and Eddie Van Halen replica controllers leaning on the wall. — Andrew Dobrow