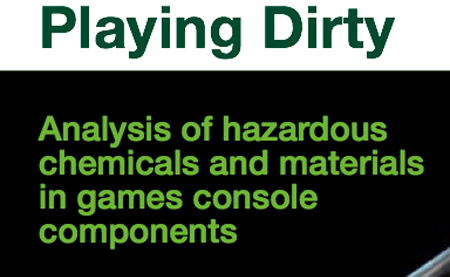 Did you know that gaming consoles can contain materials hazardous to the environment? Of course you did. How else would a Playstation 3 crank out those sick graphics without some kind of processing unit that’s guaranteed to rot the earth.

Then, in comes Greenpeace to spoil everyone’s fun. This year, it tested the Nintendo Wii, Sony PS3 and Xbox 360 for its “Playing Dirty” report. Surprisingly, all the new consoles contain no mercury and only trace amounts of lead. Of course, Greenpeace found plenty of PVC and plastic softener to bitch about. What re-design for these consoles would you prefer, Greenpeace? Perhaps a biodegradable pile of cow shit with the guts of an Xbox 360 in there? I think I’m supposed to plug this CAT-5 cable into the port some dude painted on the grass.