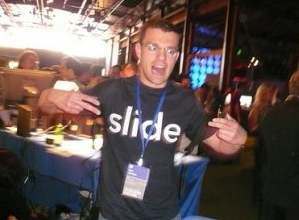 After Google bought slide about a year ago, most people were optimistic about its development. In the past year, Slide had become an interesting addition to the world of social media — with a really unique business model.

Slide’s founder, Max Levchin, has reportedly left the company to pursue other business interests. According to current information, Google’s decision to shut down Slide is both sudden and unprecedented.

It could be speculated that Google has shut down Slide in order to focus more of its resources on Google+, which seems poised for potential success in the social media world.

Thankfully, this doesn’t mean that Google is firing all of its Slide employees. Anyone who was working on Slide will have a chance to stay with Google in order to pursue other projects.