Google Bar For PSP Next Update 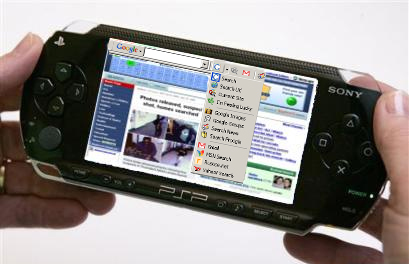 Web searches on your PSP just got a whole lot easier with the upcoming v4.00 firmware update. Now the Google Toolbar is available for any Wi-Fi connected PSP, bringing you loads of internet meme fun. Another feature coming to the PSP via v4.00 is the ability to change viewing speed during playback of videos stored on your memory.

While the PSP could already do practically anything, it was lacking the Google Toolbar it needed to make Googling anything on the go an ease. Vince is hoping they include the “I’m Feeling Lucky” feature; his personal favorite.
Link (via)