In 1910, the first public radio transmision carried a live performance of Cavalleria rusticana and I Pagliacci from New York’s Metropolitan Opera House, in a broadcast engineered by the pioneering electronics inventor Lee De Forest. For flavor’s sake, here’s a recording made by Caruso in 1904:

Caruso sounds good here, but in the 1910 broadcast the singers were largely inaudible; the microphones weren’t sensitive enough to record at a distance. After this experiment, the broadcasting of opera was abandoned; it would not be resumed until 1931. 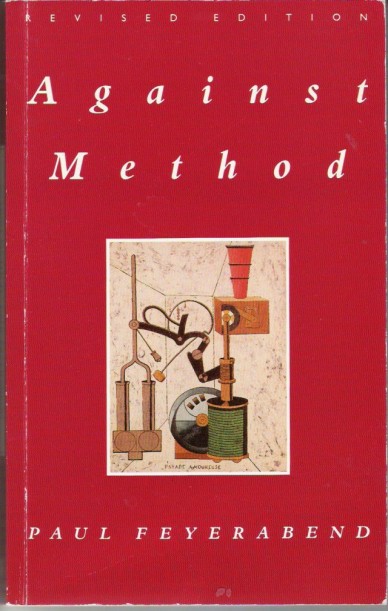 In 1924, philosopher of science Paul Feyerabend was born into Vienna’s febrile interwar atmosphere. Feyerabend held that the “scientific method” as such did not exist, and that by holding it apart from other parts of cultural life we risk placing it on a pedestal, to the detriment even of science itself, as he writes in Against Method:

If we want to understand nature, if we want to master our physical surroundings, then we must use all ideas, all methods, and not just a small selection of them. The assertion, however, that there is no knowledge outside science — extra scientiam nulla salus — is nothing but another and most convenient fairy-tale. Primitive tribes have more detailed classifications of animals and plants than contemporary scientific zoology and botany, they know remedies whose effectiveness astounds physicians (while the pharmaceutical industry already smells here a new source of income), they have means of influencing their fellow men which science for a long time regarded as non-existent (Voodoo), they solve difficult problems in ways which are still not quite understood (building of the pyramids; Polynesian travels), there existed a highly developed and internationally known astronomy in the old Stone Age, this astronomy was factually adequate as well as emotionally satisfying, it solved both physical and social problems (one cannot say the same about modern astronomy) and it was tested in very simple and ingenious ways (stone observatories in England and in the South Pacific; astronomical schools in Polynesia…. There was the domestication of animals, the invention of rotating agriculture, new types of plants were bred and kept pure by careful avoidance of cross fertilisation, we have chemical inventions, we have a most amazing art that can compare with the best achievements of the present. True, there were no collective excursions to the moon, but single individuals, disregarding great dangers to their soul and their sanity, rose from sphere to sphere to sphere until they finally faced God himself in all His splendour while others changed into animals and back into humans again. At all times man approached his surroundings w’ h wide open senses and a fertile intelligence, at all times he made incredible discoveries, at all times we can learn from his ideas.

“Feyerabend saw both scientists and philosophers as entertainers, writes Tim Carmody; “half of the effect of a logical argument or empirical demonstration was theatrical.” His last book, The Tyranny of Science, completed before his death in 1994, will be published by Wiley in April of this year.

In 1953, at the behest of Josef Stalin, the Soviet newspaper Pravda published an article on the so-called “Doctor’s Plot,” alleging that a large group of physicians, most of them Jewish, had engaged in a plot to poison members of Stalin’s inner circle. After Stalin’s death in March of that year, the new Soviet leadership repudiated the charges and exonerated the surviving accused—but not before dozens of scientists, doctors, and intellectuals had been arrested, subjected to show trials, and (in some cases) executed. The incident laid bare Stalin’s antisemitism, and also exposed the profound mistrust of the Soviet state for science—which as Paul Feyerabend noted, is profoundly anarchic and inimical to state power.