Freddy Mercury and Queen Rock Out in Papercraft 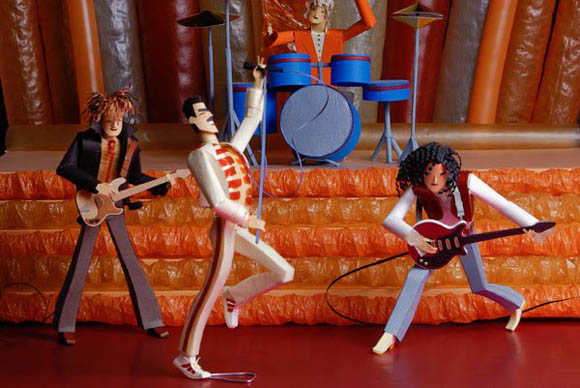 The Beatles might have predated Queen, in both rock and papercraft history, but the influence of Freddy Mercury and his band of merry men cannot be ignored, nor denied. To celebrate the band’s eternal impact on music, People Too created this awesome papercraft recreation of Queen doing what they did best: strutting their stuff on stage.

Queen always struck a particular chord with me. Because much like Freddy Mercury, I too prefer Fat Bottomed Girls and also enjoy an operatic interlude from time to time. And while we might not share the same love of the male naughty organ, I think me and Freddy were kindred spirits in a way. At least as kindred as a lazy professional blogger and a energetic rock star can be. Okay, whatever. We couldn’t be more opposite of each other. I get it. But, we both have dark brown hair. That’s got to count for something.