Ford is set to unveil a new concept at the North American International Auto Show on January 7th: the Interceptor. This beast combines the power of the ever popular Mustang and the looks of a truck in a style not seen in Ford cars very often (or never). Even though the Interceptor is based on the Mustang’s chassis, it is a 4-door that looks nothing like a Mustang, something the designers tried to do. In fact, they wanted so badly not for it to look like a Mustang that they based the front end on the front end of the Super Chief Truck concept that was unveiled last year. When it came to making this sedan beefy, Ford didn’t stop there; the engine is a 5.0 liter version of the 4.6 liter Cammer engine that produces 400 ponies. Ford hit it right with this concept, as of right now, because it appeals to the guys out there who can’t decide between the beef of a truck and the speed of a car; this concept may be considered a car, but it sure looks a lot more macho than a Honda or Toyota car. Hopefully Ford decides to build this; right now we can only hope for the best. More pictures after the jump. 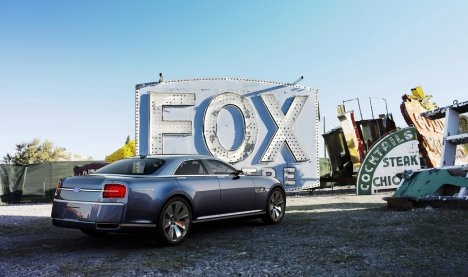 5 Uses for Brass in an Art Studio