For Protection from Bluetooth Viruses, Turn to the White Worm No, it’s not the monster from Bram Stoker’s novel Lair of the White Worm, nor is it a larval botfly carried in your phone-toting hand (the squeamish should avoid that link). A white worm is a computer network security patch that’s been weaponized to spread like a malicious virus. The white-worm approach has an intuitive appeal, but its effectiveness in practice has been less than convincing; it’s hard for even a quick-spreading patch to catch up with a virus once it’s at loose in the network. This is especially true for viruses that can spread by wi-fi and bluetooth connections, taking advantage of our most promiscuous gadgets to jump from node to node.

In a paper at arXiv.org computer science, Cambridge (UK) researcher John Tang and colleagues describe a novel approach: think of time, too, as a network, and seek out the devices that make the most contacts with other devices in the shortest time. Recognizing that the diurnal rhythms of networked gadgets match those of their human users, Tang worked out ways to measure and predict which nodes in a dynamic network would offer the greatest chance of sharing the beneficial virus with related devices. Adopting a time-aware approach, they found that a white worm could propagate throughout a network swiftly enough to contain its malicious nemesis. It seems like a powerful solution—but malicious coders can be pretty inventive, and they likely read the relevant peer-reviewed literature. When it comes to protecting your bluetooth devices from the most dangerous viruses, it seems a little earlier to give up ritual sacrifice just yet. 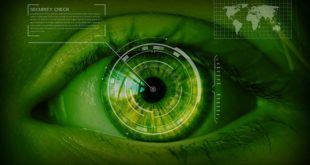 The Importance of Data Security