For Myspace, a life in mobile 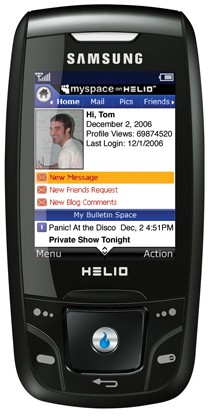 With its fortunes (and its retrosocial styling) perpetually in doubt, Myspace today announced a new mobile web site and a forthcoming iPhone app.

Although the pioneering social network continues to diminish in the shadow of Facebook and Twitter, its focus on media creators would seem to lend it a lingering value. Myspace continues to prove itself useful to would-be up-and-coming musicians and other creatives, and its role as a music provider and source of entertainment news makes it a natural candidate for a thriving mobile presence.

Coddled by NewsCorp, however, the social network has moved slowly; perhaps fresh activity in the mobile space is a sign of rekindled energy. Or perhaps it will prove too little, too late.