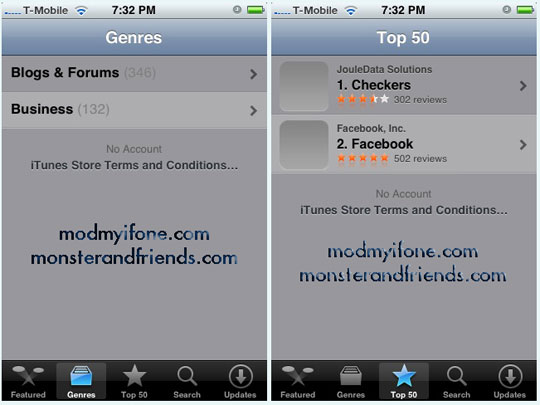 A clever iPhone dev was playing around with the App Store included on the SDK and hacked versions of the iPhone 2.0 firmware. Little did he know that he was about to discover a first look at Apple’s App Store, instead of the usual “cannot connect” error warning.

Just revealed on the Modmyifone forums, here is the very first look at what the iPhone’s App Store will look like, of course with many more applications available. So it would seem that Apple is already playing around with the App Store service, which looks eerily similar to the Installer.app that Apple was trying so hard to stop. — Andrew Dobrow