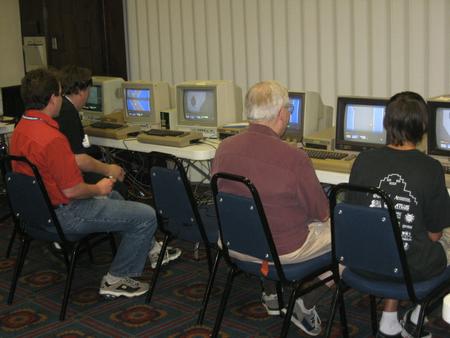 For a software platform that was discontinued 14 years ago, the Commodore 64’s legacy and fan base is still going strong. The Cincinnati Commodore Computer Club’s held its 2008 C=4 Expo at the Drawbridge Inn in Fort Mitchell, Kentucky from June 28-29.

In celebration of the LAN party status at C=4, a new Commodore 64 game was unveiled, called NetRacer. Up to eight players can race together, either over the internet or they can LAN it up with some ethernet cartridges. A little late on its release, don’t ya’ think?