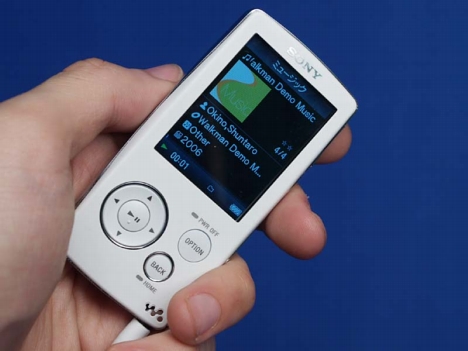 It was only a while ago when we first saw Sony’s new re-designed video plus MP3 Walkman, our friends in Japan have already gotten their hands on one of them, and gave us a really detailed review. Instead of leaving you to struggle with online translators, we’re biometric over here. 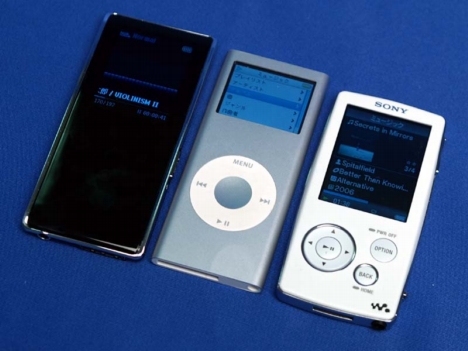 The volume controls and the whole for hand-strap attachment are located at the right, whereas the hold button can be found at the back. The WM-port and 3.5mm earphone jack are at the bottom.

The A800 plays MPEG-4 AVC (H.264) video files. The conversion software Image Converter3 is bundled. Users can encode their videos up to QVGA 30fps 768kps), conversely you can also save some memory by encoding your videos at QVGA 15fps (384kps). Users are also given a long list of preset encoding profiles, so that you can encode videos for your PSP and cellphone using the same software. The Image Converter3 can be launched from the Walkman Launcher, which is basically a tool bar that would automatically show up once your Walkman is connected to the computer, you can launch the Sonic Stage from the same tool bar.

The Image Converter3 supports RSS fed Video Podcast, but not all channels are supported, and those that work for PSP can usually be compressed and converted to be played on the Walkman. Videos that can play on the Walkman can be viewed on the PSP, but not vice versa, obviously the Walkman does not have enough processing power to decode those higher quality videos. Also, audio Podcast is not supported at this point. 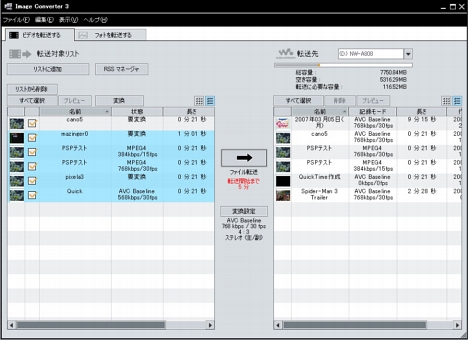 Videos can be rotated as they play on the Walkman, quite a nice touch. 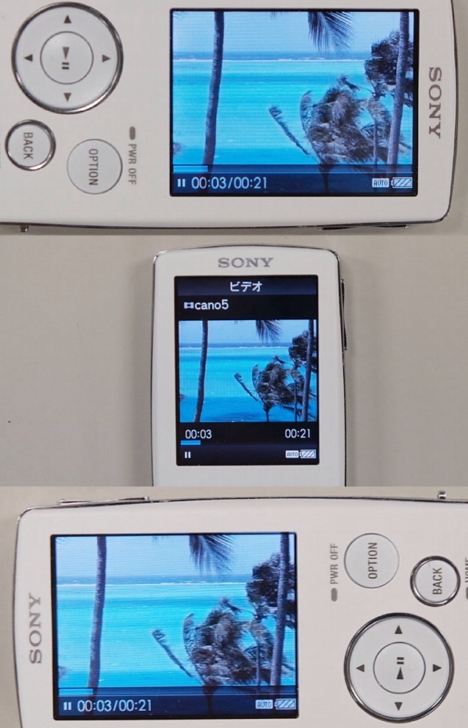 Music management
The NW-A800 uses Sonic Stage CP Ver 4.3 to transfer music. The file formats supported are ATRAC3/ATRAC3plus/MP3/WMA and AAC, note that any files with non-Sony DRM cannot be transferred. We don’t have to discuss much here, as most of us know how good/bad this software is, the Impress guys said that the software was quite stable now, though. The biggest problem would be the sluggish file transfer speed, a 4.3GB music collection took an hour.

The re-vamped Walkman interface actually reminds us of Samsung phones. Anyway, the controls are intuitive, music/video searching can be done by artist name (which can be listed alphabetically or by Japanese Kana). You can also choose between list view, album art view etc. No surprises here. One thing that the iPod does not have would be the ability to display the playing track at the bottom row when you’re outside the main Music screen. 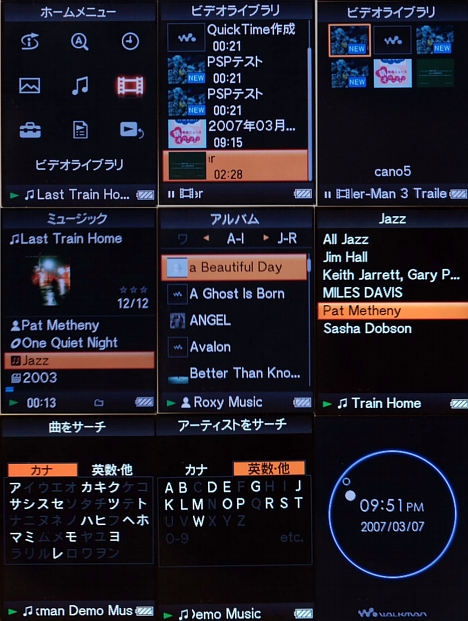 On top of playing music and video, the Walkman can also display time and JPEG photos. Again, you would need to use the Image Converter3 to transfer your graphics. On testing, the Walkman is pretty fast, jumping between 5 megapixel photos was instantaneous.

The NW-A800 has solved some of the problems on iPod nano, but added a view more. The battery life for once is decent: 30 hours of music and 8 hours of movie. Charging can be done via USB, and a 1.5 hour charge can already fill up 80% of the battery. The user interface is easy to use, and the design should be pretty fail-safe. Video is supported and the results were decent. The bundled headphones are great (a 13.5mm unit!), sound quality is also boosted by the DSEE (reconstructing the high frequencies) and ClearStereo (widening) technologies, which arguably make it sound better than the iPod. (we’ll need to listen ourselves to tell you how big the difference is) The new Walkman will definitely capture some attention, the biggest drawback is the lack of meaningful (3rd party) accessories (iTrip, Camera link anyone?). The new Sonic Stage is a lot more stable, since you would need to use iTunes to transfer music anyway I you opt for an iPod, software should no longer be such a huge limitation to Sony. —Sam Chan