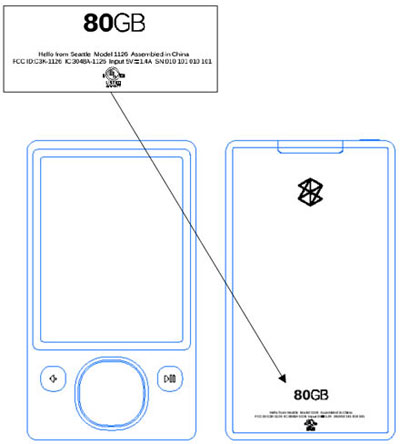 So, Mr. Gates. It seems you want to make another go at this whole portable media thing. The FCC has approved the Zune 2 80GB model, after putting it through the usual vigorous testing for compliance with such rules as the allowed radiated emissions, and more importantly, the mandatory “doesn’t blue screen every two seconds” test.

I think it remains pretty clear where we stand on the whole Apple vs. Microsoft conflict, yet we shall wait and see what the consumers decide when the 80GB Zune is released. And just to make sure that no secrets would be revealed, Microsoft made sure that no actual photos were released for this test. Does anyone expect this thing to make a good showing? — Andrew Dobrow