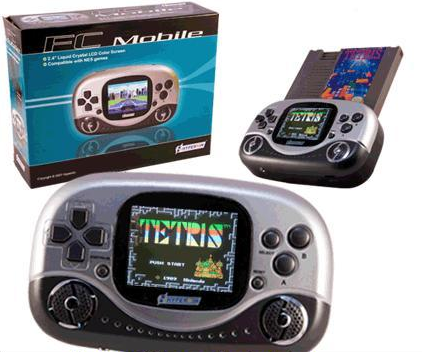 We’ve seen a pretty wide assortment of ways to mod the Nintendo consoles. Whether it be shoving the cartridges right into the Wii or putting the whole damn console right inside the cartridge, the FC Mobile Game Console accomplishes something that even the great modder Ben Heck hasn’t even been able to figure out just yet: making the Nintendo Entertainment System portable and widely available.

Up until this point, in order to lug a Nintendo system along with you, you’d need to carry around the whole system, plus a display device. Hardly a “portable” method. The FC Mobile console, powered by three AA batteries, allows for totally portable play with its built-in 2.4-inch LCD screen, which can also be hooked right into your TV with an included AV cable. Both a black and silver, as well as a red and white flavor of the device have started popping up around eBay for around $45.