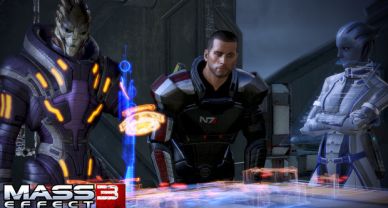 The past two Mass Effect games by Bioware have been wildly successful, prompting the development of a widespread and dedicated fan base for the series. Ever since Mass Effect 3 was first announced, people have been hungry for more news about the game’s features. Just recently, Bioware confirmed that there would be four-player cooperative modes for Mass Effect 3. This news was met with mixed reactions by many fans, since Mass Effect has been a single-player game (until now).

Before further details were announced today, many people had nightmarish images of armies of FemShep clones engaging in confusing, chaotic combat. However, now that Bioware has clarified the multiplayer a bit, it looks like those fears are unfounded.

The four-player co-op will be online, and each player will create an entirely new character for the cooperative missions. More details at the source link.