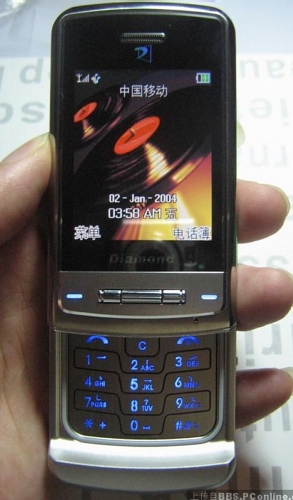 LG was sending out warning letters to shops threatening to take legal actions should they sell/ display the Chinese clone of LG Shine, we never understood why they’re so uptight about it until we saw this today.

We learned that the the clone is called Diamond KG70 Shine, and from what we see, it looks almost like the original. With the same silvery finishing, same size, same weight (3g difference), same scroll wheel, same 2.2″ QVGA screen and same 64 chords polyphonic ringtones. The camera is a 1.3 megapixels fixed focus module, a microSD slot that is not found on the original KE870 is also added. This baby is priced just under $100 online, you might want to be quick before LG gets serious. We have a picture of the backside after the jump, which looks just as close as the front. 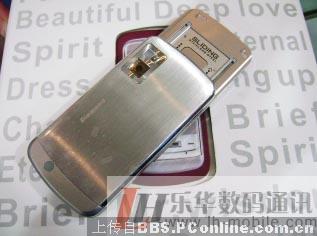