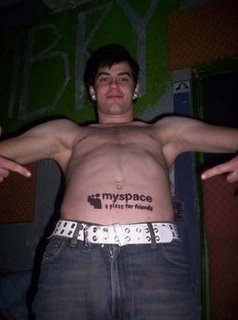 Oh, how the tables have turned. MySpace, once royalty of the social networking world has fallen into its new job as court jester faster than anyone could have imagined 5 years ago. In much of the mid-2000s, Facebook was a mere glimmer in Mark Zuckerberg’s testicles, aimed at uniting elite college students. MySpace, the ubiquitous giant of the average teenager’s social life and Twitter, barely a fledgling start-up, was catching the eye of tech and social evangelists.

These days, MySpace has reason to be concerned. More accurately, they have reason to be terrified. Facebook has since overran MySpace’s traffic in droves, but the big news today is that now, so has Twitter. Twitter tallied 96 million unique viewers compared to MySpace’s 95 million. So while Twitter hasn’t yet trampled the forefather of the modern social web, it sure looks like it could be heading in that direction.