Facebook is Building Giant Server Farm in the Arctic Circle 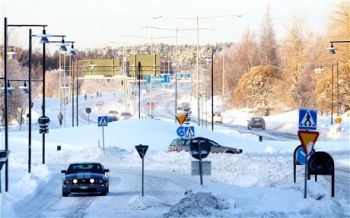 Facebook is currently in the process of building a “town” on the Arctic Circle to support all of its computer servers.

The servers alone would use as much electricity as a city of 50,000 people.

However, this server farm isn’t in the US. Facebook decided on the town of Lulea, Sweden, which is right on the edge of the Arctic Circle. This new arrangement is designed to help improve Facebook performance for European users.

Some people, notably those in Sweden’s “Pirate Party”, are forecasting dire warnings for Facebook about potential eavesdropping.

The small Swedish Pirate Party, which is not represented in Parliament, warned that placing the servers in Lulea would also expose European users to eavesdropping from Sweden’s National Defence Radio Establishment, also known by its Swedish initials FRA.”

The extreme cold air in Lulea is beneficial for keeping the servers cool without additional air conditioning systems.