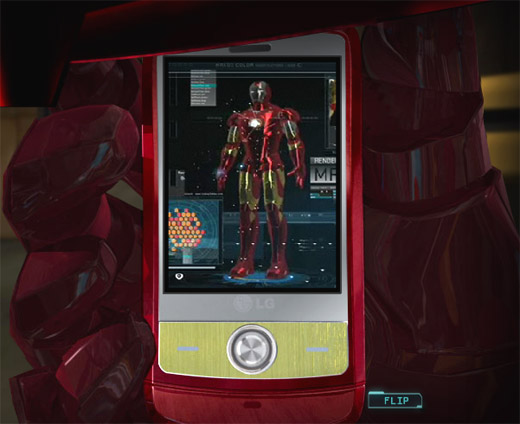 Open your ears, comic book and mobile phone freaks alike. LG is gearing up for the upcoming release of the Iron Man motion picture by releasing an exclusive special edition version of the LG Shine 720, the LG Iron Man Phone.

Decked out with 18k gold, the Iron Man phone can’t be bought in any store. In fact, the phone is only available to 20 lucky contest winners, which will be named on June 16th. To enter for a chance to win the $1500 Iron Man Phone, head over to InsideTheSuit.com. The site also happens to be pretty awesome itself.