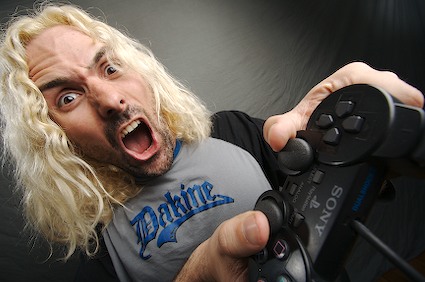 Exactly what we need. Something else telling us how miserable we are. Would you ever play a game that, a shooter style Duke Nukem game nevertheless, that is supposed to be able to measure depression? The US National Institute of Mental Health conducted a study which concluded that depressed players get their gamer asses whooped more often than non-depressed players in games that test spatial memory due to the effects of a shrunken hippocampus.

To test their theory, scientists developed a game based on selected scenes from shoot ’em up game, Duke Nukem. If you don’t remember this game, it’s one of those that entails navigating around a town and killing stuff. The patients are then familiarized with the map of the town, and then asked to find various landmarks in a spaced period of time. Depressed people found an average of 2.4 locations while the non-depressed found 3.8 locations. The score becoming increasingly worse as the depression deepened. One day, researchers hope to have the game measure a quantifiable level of depression. — Andrew Dobrow