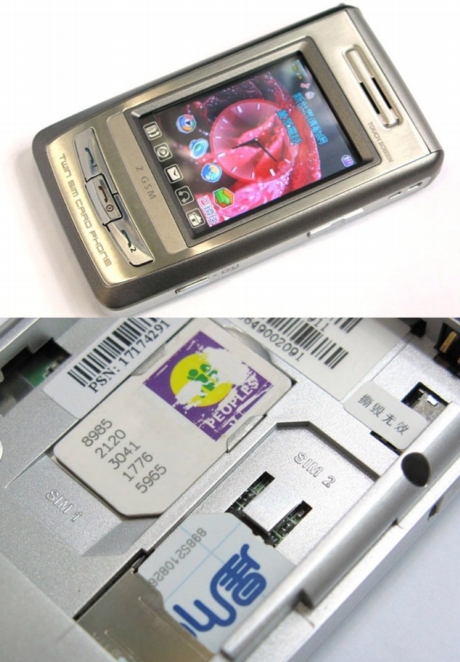 In large cities it’s not uncommon to see people carrying 2 phones, one for work and one for personal use (or one for each significant other). We’ve seen phones that can take 1 GSM card and 1 CDMA card from LG and Samsung, but Chinese company Doubao unveiled this 728 phone that takes 2 GSM SIM cards at the same time. You will be able to receive calls and messages from either account, and they need not be on the same different network. Take note that when you are on the phone with one line, the other line will be diverted to your voicemail automatically, but that’s expected.

The Doubao 728 comes with a 2.2″ QVGA touch-screen with Chinese handwriting recognition, a 0.3MP camera for snapshots, and microSD card slot for your data and music. The 728 is a dualband phone and is only being sold in Mainland China, Hong Kong and Taiwan SIM-free for about $170 now. — Sam Chan