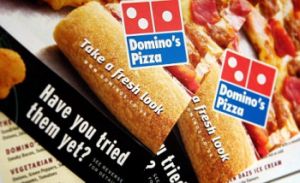 In an attempt to bolster their business, two Domino’s Pizza managers decided to do some sabotage against a nearby Papa John’s Pizza restaurant. They made an ignition device from a battery and some gunpowder — but didn’t end up using it to start the fire.

Well, it looks like their plan was partially a success. The Papa John’s restaurant was completely gutted in the fire, and the two managers definitely got some publicity for their restaurant — just not the good kind.

It’s not clear how the two managers (age 22 and 23) were caught and charged with the crime. Currently, they’re both being held in jail awaiting a trial.