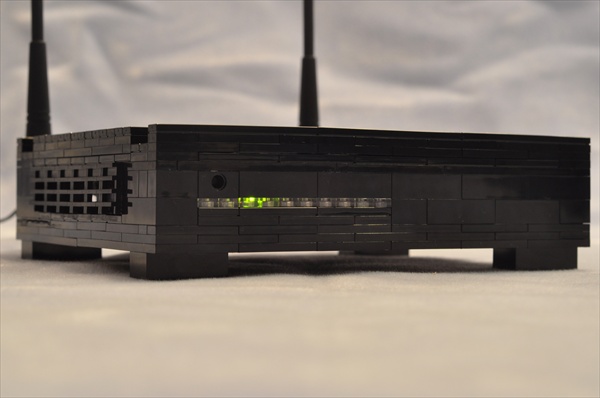 Adding to the awesomeness of his 2008 LEGO computer, Luke Anderson created this DIY project which helps you create your very own internet router built from LEGO bricks. Based around the Linksys WRT54GL router model, the LEGO Router works just like its Linksys counterpart except for its brick-tastic style.

Basically Anderson took the innards of a perfectly usable Linksys router and designed a LEGO shell to hold the gutted hardware. The end result is worth every accolade possible in the geek vernacular.