Decline, but not Fall 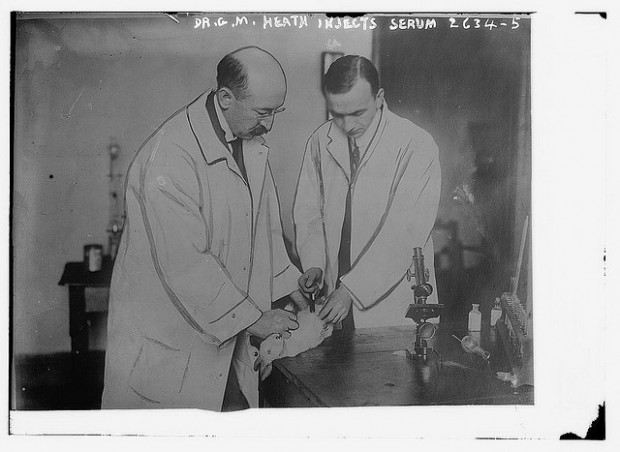 “The Truth Wears Off,” Jonah Lehrer’s piece in the December 13 issue of the New Yorker, examines a troubling dynamic noticed by scientists in a variety of disciplines (but especially those in psychological and biomedical research): the validity of experimentally-verified results tends to decrease over time. As Lehrer describes it, replication and verification—the very bases of scientific method—seem to be failing in some essential way:

[N]ow all sorts of well-established, multiply confirmed findings have started to look increasingly uncertain. It’s as if our facts were losing their truth: claims that have been enshrined in textbooks are suddenly unprovable. This phenomenon doesn’t yet have an official name, but it’s occurring across a wide range of fields, from psychology to ecology. In the field of medicine, the phenomenon seems extremely widespread, affecting not only antipsychotics but also therapies ranging from cardiac stents to Vitamin E and antidepressants: Davis has a forthcoming analysis demonstrating that the efficacy of antidepressants has gone down as much as threefold in recent decades.

As Lehrer’s careful, contextual reporting makes clear, the effect is most pronounced wherever susceptibility to subjective discrimination meets the potential for acclaim, funding, and financial reward: precisely the zone marked out by the biomedical and psychological disciplines, scientific pursuits which sit atop enormously lucrative markets for products and services developed as the fruits of research. Other elements than mere measurement are at play—politics, ambition, our innate yearning to “get it right.”

For all its efficacy, science is a set of behaviors that emerged amidst a species known for its fractiousness, ambition, and predisposition to fancy. The trouble that crops up with scientific results over time doesn’t reveal a problem with truth as such, but with our ability to discern it—and to face it. “This suggests that the decline effect is actually a decline of illusion,” Lehrer writes. “While Karl Popper imagined falsification occurring with a single, definitive experiment—Galileo refuted Aristotelian mechanics in an afternoon—the process turns out to be much messier than that.” Acknowledged—and let it be acknowledged as well that the decline effect doesn’t chart a disappointment that’s due to science, but due to our own innate propensities—as well as those of the world, which turns out to be quite messy and disordered, even when subjected to the closest scrutiny.

The distinction is nicely sketched in a neatly-observed post by Tim Carmody at Snarkmarket, which gathers together Lehrer’s observations of scientific error with instances of error in markets and in governance. Selling diamonds and smearing a political opponent, Carmody notes, are both activities embedded in systems that often amplify our errors, turning them into settled fact. An overvalued diamond is likely to stay overvalued; a charge of radicalism or malfeasance is likely to follow its target, no matter how ill-founded the charge. The decline effect Lehrer describes, by contrast, isn’t a bug of science, but a feature: here we have a set of behaviors which helps bring us closer and closer to something that looks and acts like truth—that gives us a picture of the world—despite our propensities to look away in favor of prejudice, politics, or personal gain.

How to make the best of your Medical Consultation