According to Tech Crunch Apple has plans for a curved screen iPhone to be released in the second half of next year. We can’t help but wonder what will be next for the smart phone golden child. 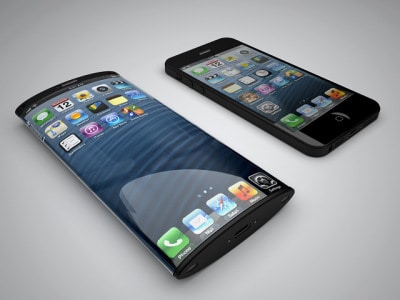 According to one source cited in the Tech Crunch article, Apple will most likely release the curved screen iPhone in the third quarter of next year. The new model, which many anticipate to be the iPhone 6, is also rumored that at about this time Apple will also be releasing a much better touchscreen with fine pressure sensors. The same report also states that these new Apple smartphones will come in 4.7 and 5.5-inch varieties and both of these devices are said to be coming at the same time.

The fat that Apple COULD be introducing two new models at the same time isn’t all that surprising since they recently unveiled the 5S and 5C at the same time; however, technophiles have to wonder what other features will come with this alien iPhone model. Sure, we’re excited at the prospect of refined touchscreen sensors but the idea of curved screens is just aggravating particularly for those of us who depend upon the more protective waterproof cases like LifeProof.

Are the rumors of these new devices actually true? There is no telling just yet since the announcement of the new devices is still quite a way off, but we’re keeping an eye out for any new developments.