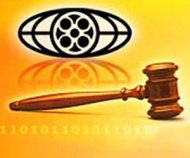 The ever increasing power of organizations like the MPAA has given geeks another reason to worry. It seems that they can now force you to change operating systems.

Take the case of Scott McCausland who pleaded guilty last year to uploading Star Wars: Episode III to Elitetorrents.com. In addition to the five month prison term he already served, Scott has now been ordered to ditch Linux for Windows as a part of his probation. The reason? Apparently the monitoring software that must be installed on his computer is not Linux compatible.

While Scott and his lawyer do not agree with the terms of his probation, he has decided to abide by the rules set by the court ( for the time being ). However, fighting assholes in a courtroom for the last year or so can get rather expensive, which is why Scott has put a donation link on his personal blog to help pay for the cost of a Windows license.

Commence bitching about the MPAA and their stupid bullshit…now. Believe me, I’m with you. — Sean Fallon