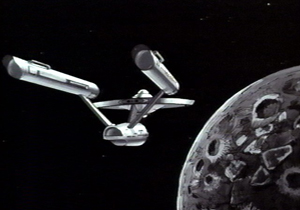 Star Trek: The Animated Series is by any stretch the most popular of the many Star Trek series’. It’s not considered to be canon and, in the humble opinion of this Trekkie, the shows themselves are kind of bad. Yet they are a piece of Trek lore and served as the only “fix” for fans of The Original Series before 1979’s Star Trek: The Motion Picture.

Now you can watch them for yourself as CBS has added the complete series of 22 episodes to the official Star Trek website.

The importance of Star Trek: The Animated Series on the overall Trek canon seems to be in flux. While the show was originally considered part of the Star Trek universe, the show was “decanonized” during a licensing negotiation. However, with frequent references throughout the live-action television series’, it seems that the writers tried to force the issue. As it stands, it’s up to the individual to determine the status of the show in relation to the overarching story.

Personally, I give The Animated Series the same treatment that I give Star Trek V: It happened, we have to deal with it, let’s move on and never discuss it again.