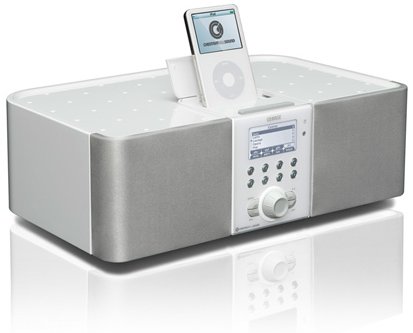 The new Chestnut Hill Sound George iPod dock and speakers make your current dock seem so commonplace, so normal. What makes this product so amazing is that after you dock your iPod, the front panel comes off to become a fully functional remote. So maybe your dock’s remote is cool, but does it have a jogwheel that mirrors every function that the iPod does? The George does. The remote has a nice LCD on it, and it also works to control the radio tuner in the stereo. Another something you’ve never seen before: the AM and FM bands are combined into one. No more switching back and forth to listen to your favorite talk shows. So onto sound quality, the George is being marketed as both having high-tech components and hi-fi sounds, and for $550, it better sound beautifully. Alongside a pair of coaxial satellites, the George has a 4-inch subwoofer that fires downward. But if you think that your current sound system is better than the George could do, it can also function as a preamp to your existing system. Chillsound is hoping that their new baby will compete against such companies as Bose. If you are attending the upcoming Macworld, this dock will be released there. 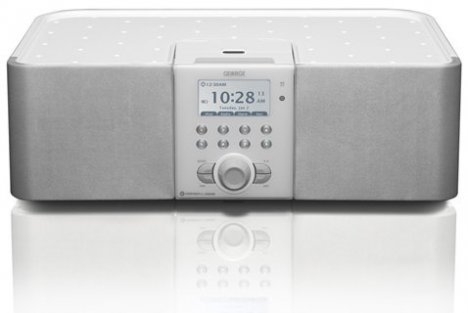 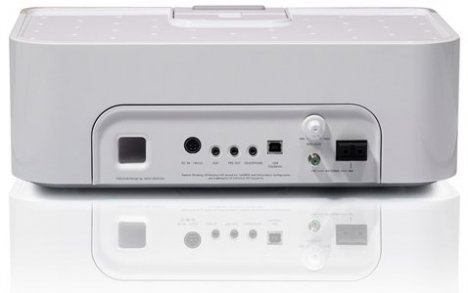