Looking for an anti-snooping app that can catch iPhone snoops in the act? Catchr might be what you’re looking for as long as you’re open to paying $2 for it! 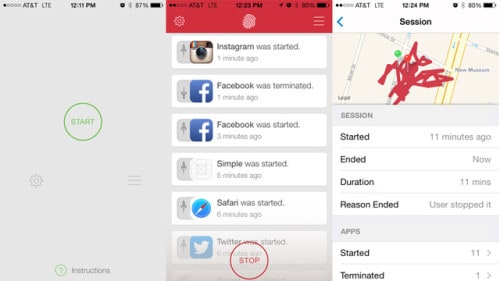 Whether you’re a paranoid conspiracy theorist or just someone who wants to know if they’re being snooped on, Catchr is an app that will let you know just who is up to what. The app itself costs $2 from the App store and once installed on your phone it will track all activity on your phone – particularly which apps have been opened and closed. The app closes all apps that have been running on your phone and so it can note activity that was not open when the phone was set down.

What won’t this app track? It won’t track the iPhone mail app because of rules and regulations in the app store set up by Apple.  As an added “bonus” the app can also tell when your phone has been moved and utilizing a map visual it can tell you where the phone has been moved to…only, the map function isn’t quite as precise as one might hope for.

Once you get back to your phone, simply check the Catchr app and see just what has been done on your phone, although it should be noted that you need to remember what YOU last did on your phone too. Another drawback to this app is the fact that it can’t tell you who it was that did the snooping on your phone unless, of course, there are only two of you around at the time. You should also know that Catchr isn’t designed as a protection type app, rather, it is designed simply to let you track unauthorized activity on your phone.