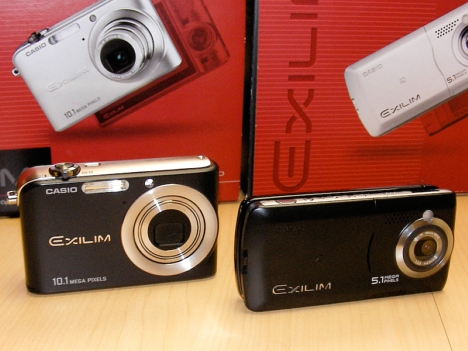 When we talk about Casio, most people will think about their Exilim digital camera line that Sony, Canon and everybody else copied. Few would know that the company also produces cell phones in Japan. Their G-shock phone was popular, so they decided to bring the Exilim label to their image-oriented cellphones as well. The first Exilim phone is W53CA, which is exclusive to AU KDDI‘s CDMA EVDO network in Japan. The Exilim phone was put on sale this week and the reviewer, who tested the camera, was not impressed.

Talk is cheap, so see for yourself here. Apart from the 28mm wide lens and some extra resolution from the 5MP CMOS, there is really nothing that makes it stand out of Sharp’s regular 3.2Mp CCD camera phones (e.g. the 912SHwith sample pictures here). In fact, we think the Sharp CCD phones can produce better pictures than the W53CA.

The reviewer reported that the shutter delay was almost a second, and would require you to hold the camera absolutely still after pressing the shutter key. The so-called anti-shake function is attained by boosting ISO sensitivity; as you can see from the last 3 pictures in the gallery, they are obviously noisier than the rest. 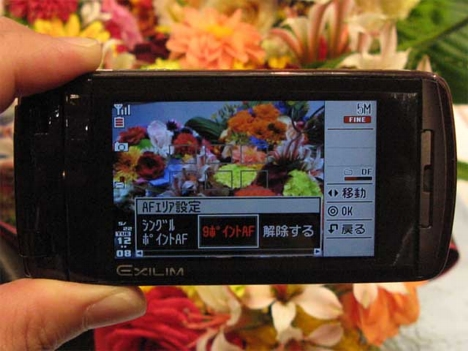 The reviewer was being so polite (and Japanese) that he didn’t bash the Exilim phone directly, but you can definitely sense the subtle frustration if you know the language well. To say the least, Casio has let us down this time around. —Sam Chan