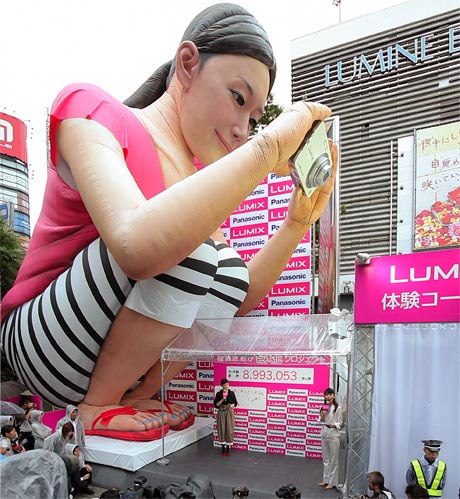 In a culture that’s been terrified by monsters like Godzilla and Mothra for decades, I’m not sure an inflatable giant was the best choice of advertising mediums for the people of Tokyo, Japan. Panasonic used a gigantic inflatable model of their celebrity spokeswoman, Ayase Haruka, wielding a Lumix FX700 larger than two humans, to convince/terrorize the people of Tokyo to purchase their newest digital camera release.

Spectators on the scene reported that the crowd was both “confused and scared” of the massive balloon person. Even Ayase Haruka herself found it hard to disguise her shock, telling reporters to snap shots of the balloon doppelganger instead of herself because it was so “unique.”