Buffalo Nfinity gets 144Mbps! Just a tad more than your current connection 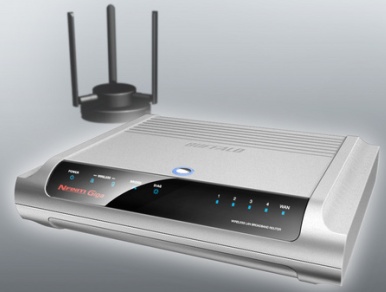 Buffalo has just released a new wireless router using the IEEE 802.11n standard. They are claiming up to 144Mbps, but who the hell has a connection over 100? So apart from the fact that its speeds aren’t   to useful right now, the Nfiniti does have an increased range radius. Now you CAN browse the internet while in the bathroom! Of course, if you want to utilize anything near the 144Mbps it’s capable of, you will need to be just about on top of the router (which is no different from any other device). It is available right now at online stores for about $110.   –Nik Gomez