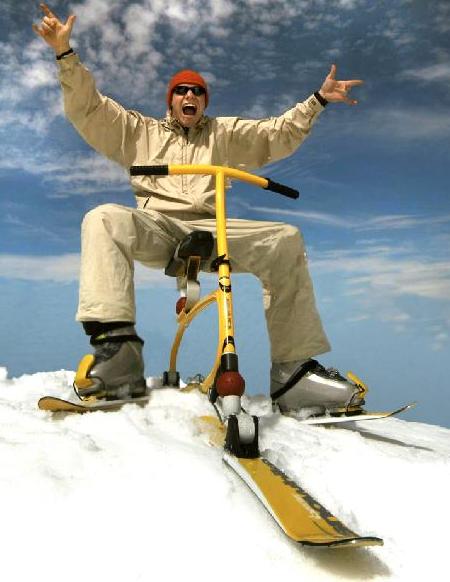 Snowboarding and skiing are pretty ancient on the whole scheme of things. While we’ve seen some interesting uses of snowboard integration, this is a first for a totally new snow ride concept. The Brenter Snobike C4 adds in the functionality of bicycles for the slope.

Even though it’s called a Snowbike, don’t expect to see any wheels. The system uses three skis. Two “pedals” for you feet and one for the base. Its full-suspension system allows for a smooth ride, as you pilot the device with handlebars. Santa, if you’re looking for a new update for your sled, the Snowbike might be of some interest. — Andrew Dobrow