Braille Rubik’s Cube for the Blind 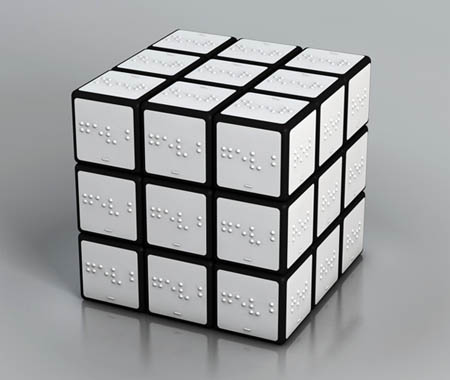 The world of a blind geek must be a difficult one. Many of the luxuries we take for granted (watching Star Wars, reading fanfiction, witnessing Steve Jobs unveil the newest device in the Apple arsenal) just aren’t possible for the blind to the extent that the fully-functional among us have become accustomed to. Imagine Star Wars without being able to actually see Chewbacca. The roars are still awesome, but it’s his nuanced facial expressions and movements which make the Wookiee.

Designer Konstantin Datz has devised away for even the geekiest of the blind to enjoy Rubik’s Cube. Colors are replaced by Braille symbols. In fact, I’m sort of jealous. The stark white shade is actually pretty cool looking.