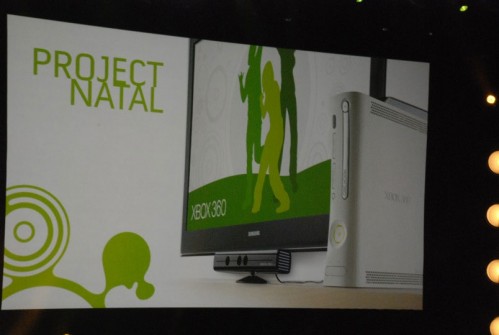 In a move to compete with Sony and Nintendo, Microsoft today did a blitzkrieg of announcements involving the Xbox 360. Dubbed ‘Project Natal’, the next step for the Xbox 360 will involve a full-body controller that senses a player’s motion. Think of the failed Sega Genesis peripheral, the Activator, except done right. It uses a camera to capture motion made by the player and converts it into 3-D movement in the game.

Microsoft also added full retail games to Xbox Live that are available for download. Nothing special here, considering that Sony has been doing this on the PS3 for a while now. Nonetheless, it’s a welcome addition.