Best Buy Charging $40 to Slow Down Your Computer; Delete Shortcuts 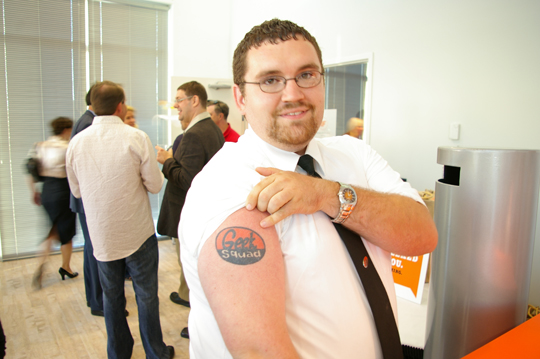 Best Buy’s Geek Squad offers to “optimize” your computer for $40, claiming to double your computer’s speed in some cases. But if Consumerist’s little unscientific study is correct, this whole optimization thing could just be a giant scam:

Upon comparing the optimized changes, the first noticeable change was a cleaner desktop. Most of the removed shortcuts were for trials, promotions and software added by the manufacture. The programs themselves were still installed and available for later access. Updates had been downloaded on all three models, but differences in the factory default setup can affect how the system is optimized. On one laptop, for example, because Windows Defender was deactivated by default, its definitions had not been updated.

Some optimization changes seemed intended to make the laptop easier to use, such as adding the status bar to the file explorer, or displaying the file menu bar in Internet Explorer. Including a link to the Downloads folder in the Start menu, for example, can save you a few clicks. Security settings were adjusted to allow for automatic Windows updates, and in Internet Explorer, privacy settings were eased up to allow websites you visit to save info you provide on your PC.

In fact, Consumerist claims that this so called optimization slowed down new computers by an average of 32%. Deleting shortcuts, but leaving the actual bloatware intact. So congratulations on your newly “optimized” PC. Dude, you’ve just been pwned by the Geek Squad.