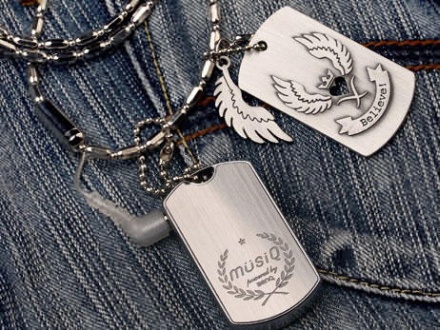 Don’t let the disguise fool you! These dog tag shaped pieces of metal are more then just for decoration around your local gangsta’s neck. The BenQ MusiQ takes the idea of the shuffle portable media, and makes it a fashion statement (or a nice prank to play on your military unit. “Man down! What’s the officer’s name? BenQ MusiQ? Hey….What the hell?”). With two different designs, one made for the ladies, titled “The Magic Bean” (sounds like the title of a fairy tale), and one for the dudes, called “The Steel Wings” (for those super heavy flow days?), the player is focused to becoming the shuffle player of choice for the fashion hipsters we all hated in high school.

The sleek design of the BenQ is sure to melt the hearts of most of us gadgeteer’s, but does it pose a threat to the iPod shuffle? Our spidey senses are saying no. The name recognition, smaller design, and higher amounts of storage (BenQ will only offer 512 MB, though an SD card can help ease the pain) will keep the iPod the player to go to for most. The BenQ, for now, is geared towards the markets of fashionista’s and geek military men that can’t live without their musical geekness.

The starting retail price for the BenQ is marked at RMB688 (or roughly $88, three bottle caps, and a piece of string). They’re only available in China for now so if you want one that bad, you’re gonna have to get a plane ticket. 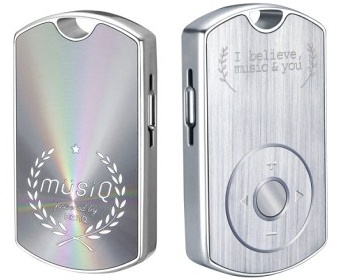 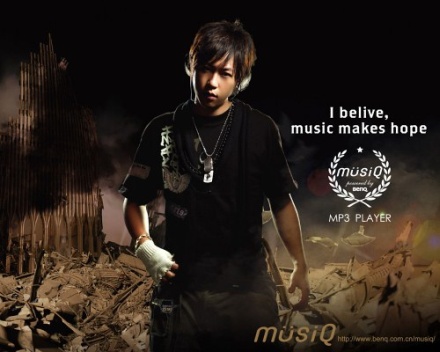