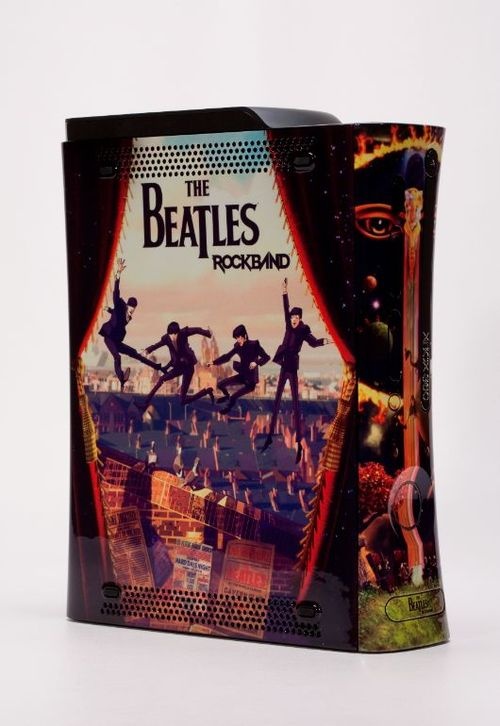 Now available on eBay for a whopping price of $680 after 40 bids and climbing, this AWESOME Beatles-themed Xbox is one in a series of limited consoles planned for release by Harmonix in honor of Beatles: Rock Band.

All proceeds from this auction will go to the Doctors Without Borders charity. Screw the doctors. I totally want this for selfish reasons. 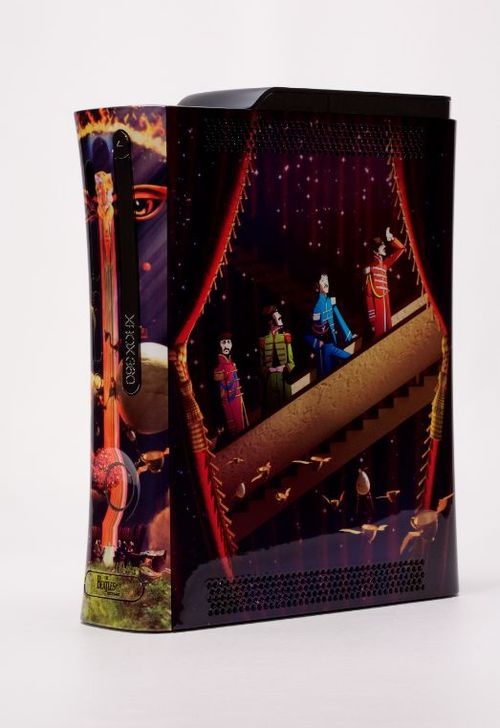