Bears Could Be Causing All of Your Internet Problems 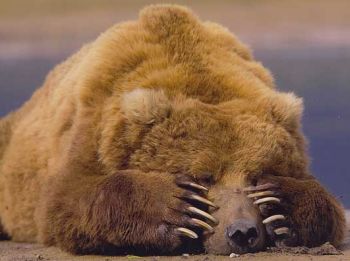 Next time you feel like Hulk-smashing your keyboard after your internet connection gets mysteriously disconnected, consider taking your aggression out on the real culprit — malicious bears.

Well, that’s if you live in Idaho, and have frequent internet issues that are caused by bears. In an article in the New York Times, an Idaho resident detailed how bears had caused his internet connection to crash for several hours.

They said that bears had been rubbing against the towers,” Mr. Ramsay said. In this mountainous state, where some connections depend on line of sight, even snow and fog can disrupt the signals.’ — Idaho Resident Barry Ramsay to the New York Times

According to a recent study, Idaho has the slowest internet speeds in the entire country, with some residents getting an average of 318k/s.

Remember — bears are out there. And they hate your internets.