Audi – the German automobile giant might as well be included in a dictionary definition of the word “progressive”. From surpassing their own standards with the introduction of 100% galvanised bodyshells, their LED signature daytime running lights to the new multimedia interface, the company has made immense progress and is now looking for people who have done the same with their lives. Audi’s Progressive People campaign is looking for driven people and the places that changed their lives.

The #progressivepeople campaign poses just one question to interesting personalities – “What drives you?” The answer they provide becomes a social video portrait series. What’s more, Audi is accepting projects from users across the world. Anyone who considers themselves one of the #progressivepeople can submit their projects. The most interesting ones will be chosen by Audi and presented in 2015.

Audi kicks off this campaign with a portrait on Berlin’s Burger Queen, Kavita Meelu. Recipient of the “Innovationspreis” (Innovation Award) of the City of Berlin, Meelu is a creative woman who wishes to promote cultural integrity and intercommunication with the help of a universal need: food. She encourages others on Berlin’s creative cuisine scene to achieve their dreams like she did.

Originally a resident of Birmingham, London, Kavita Meelu moved to Berlin to pursue her love affair with food. “London made me the woman that I am,” she says. 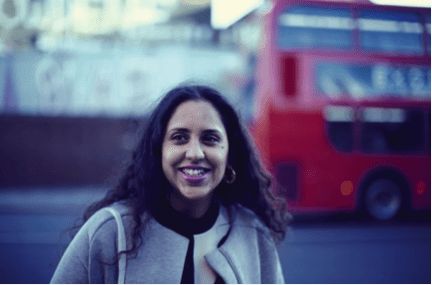 Since the move she has realised many food projects, including Mother’s Mother, StreetFood Thursday and Burgers & Hip Hop. She shows Berlin how the world eats.

Burgers & HipHop celebrated its first birthday on December 6, 2014. An idea of creating a fusion mix of food and dance gave birth to Burgers & HipHop. “Burger is the most democratic food,” claims Meelu. And on the occasion of its first birthday, she invited vendors from Paris, Amsterdam and London to butt heads at a secret competition of the event’s best burger. Le Reflectoire from Paris won! 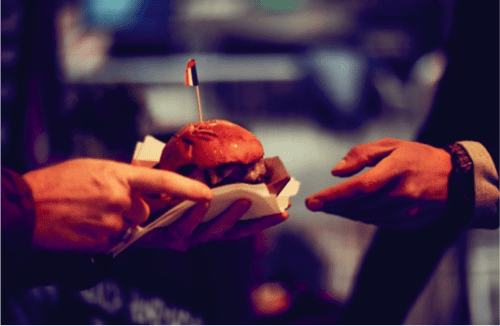 Behind the scenes, a speedy yellow Audi RS6 drives Meelu around. “It comes in like a flash,” she says as the car is brought to Prince Charles in the afternoon. She quietly reminisces about the past 24 hours.

By the time she gets home, Kavita Meelu is tired but happy. Thanks to Audi City Berlin for the perfect HipHop Shuttle!

So, what drives you? Audi will portray the most innovative entries in 2015. Send yours in at [email protected] today!

This article is sponsored by Audi.