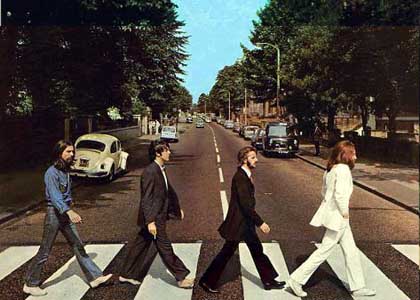 Originally people thought that the Beatles would make an appearance in the latest Rock Band game. It turns out that MTV Networks announced a deal with the Beatles’ record label, Apple Corps, to create a Beatles-branded music video game. The same developers behind Rock Band will be making the game, apart from its already successful Rock Band franchise.

“The project is a fun idea which broadens the appeal of The Beatles and their music. I like people having the opportunity to get to know the music from the inside out,” Sir Paul McCartney said.

I’m thinking something like Guitar Hero: Aerosmith, except without the suck. It’s even been approved by Yoko Ono Lennon, herself. So, you know it’s going to be good.
Link