Are You Being Watched?: Internet Privacy and Big Brother’s Technological Grasp (Infographic) 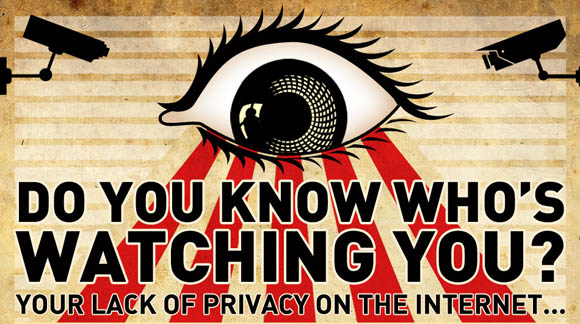 Do you constantly feel like you’re being watched? The most likely reason is because most of the time, you are being watched. Whether you’re browsing the net or just walking down the street enjoying an italian sub, big brother’s network of surveillance grows stronger and more vast everyday.

While you’ll be happy to know that your paranoid delusions aren’t 100% false (more like 95% or so), you won’t be thrilled to hear that the average U.S. citizen is captured on film 200 times per day. Being a shut-in, I only have to worry about phone tapping for the most part. Actually, no, I really don’t even have to worry about that. Hit the jump to see an infographic which reveals just how limited personal privacy has become for both those who actually leave their house and those who troll around on Facebook all day.