Announcing The Winners Of Our Killzone 2 Contest! 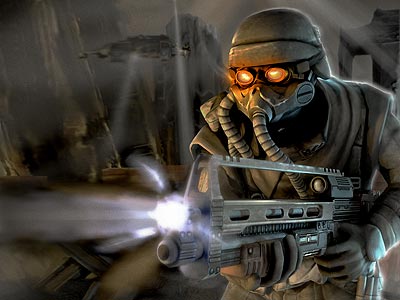 It’s February and you know what time it is: time to announce the winners of our latest contest! We had a lot of great entries from you and it looks like everyone with a PS3 is super-psyched about the Killzone 2 beta. We’ve picked the two best comments from people who wrote more than one sentence and followed the rules (email, PSN gamertag in comment, etc.).

Here are the winning comments:

KZ2 is like a big jamaican from the bronx. Halo 3 is a project hoodrat looking to get her organs rearranged with a mahogoney piano leg and then hosed down with some baby batter straight from the islands. KZ2 will own Halo 3 and then never call her again. How you like me now?!?

My people, sons and daughters of Sony.
This much I vow.
The history of this console generation will be written in blood.
By crushing the fanboys of our enemy. By releasing the best game in the genre they thought to use against us.. we are fighting for our consoles very existence.
But if there are those who want to deny us enjoyment. Refuse us our rightful place in this console generation. Then we will unleash such a terribly awesome FPS that generations of xbros yet unborn will cry out in anguish!

Th enemy may shatter our sales but they can not break our spirit.
Even now they advance on our metacritic gamesections to troll by force what they cannot claim by right. They cannot imagine what awaits them.

WE WILL SMITE THE XBROS WITH THIS GAME.

And as our last breath tears at their lungs; as they try to rise again from the ruins of their RROD:ed consoles…

…they will know, Killzone 2 belongs to the Playstation 3.

Thanks to all for entering. We’ll have a new contest up this week or next, so make sure you keep reading Gearfuse to figure out how to enter!