Amazon, since April 1, has sold 105 books for its Kindle e-reader for every 100 hardcover and paperback books. While this is a milestone for e-books and Amazon, digital copies of books still only make up 14% of all books sold. Still, the fact this milestone happened this fast, has Amazon’s CEO Jeff Bezos smiling ear to ear.

“We had high hopes that this would happen eventually, but we never imagined it would happen this quickly. We’ve been selling print books for 15 years and Kindle books for less than four years.” – Bezos

Amazon has succeeded where a number of their competitors have failed. Barnes and Noble and other brick and mortar book stores are lagging behind in digital sales. Boarders recently closed a number of their stores, even in larger markets like downtown Chicago. However, Amazon started as an online retailer, and its executives have embraced the transition to digital publishing and sales. Their brick and mortar compatriots weren’t nearly as well equipped to handle the changes in the publishing landscape.

The competition though is quickly gaining ground. Barnes and Noble with their Nook e-reader, as well as Apple and Google, have cut into Amazon’s share of the e-book market. Hard cover, and soft cover books will be around for a long time to come, but don’t be surprised when physical books become the vinyl records of the literature world. 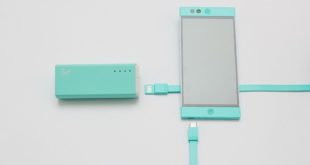