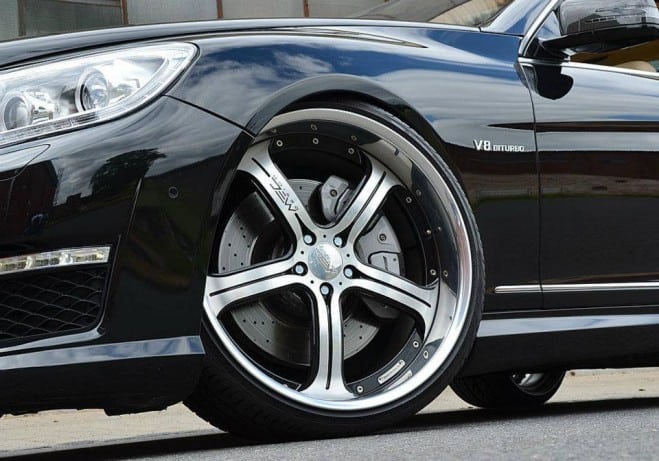 There’s a lot of news going around right now about new technology for cars. Self-driving cars are all the rage, and individual pieces of electronic-driving technology, from blind spot cams to LIDAR devices, are the talk of those who don’t yet want to turn over driving completely to a machine.

The press goes kind of crazy for “sexy” car parts like engines and bodies. But thankfully for real car enthusiasts, inventors aren’t neglecting tires. And unlike replica wheels, tires are not easily copied and brand name models are typically pretty pricey. So will tires get any cheaper in the future? Probably not, but these futuristic features are definitely cool enough to justify splurging on some new rubber. Here’s what we may be getting soon:

One of the promises of enhanced automotive technology has been greater fuel-efficiency, and much of that has been done through energy capture. The friction from braking, for instance, generates energy which can be used to recharge the car’s battery, and this means the battery can be used more in place of fuel. For a while, there was even some hype over the futuristic idea that someday, the roads themselves would be designed to capture power from the cars passing over them, allowing for cheaper and more abundant power all around.

For instance, black patches on the car can absorb heat from the sun itself, giving us one more reason to get out of the house on nice days. The tire will also generate heat from the friction it encounters as it makes its way down the various roads of its travels. And, of course, the very flexing of the tire’s structure will generate heat that can be captured and used to decrease your monthly gas budget.

Meanwhile, Hankook is proposing tires that would be just as useful, and even more bizarre-looking! They know that one of our main problems with driving comes from the terrain. Who hasn’t wished, in the midst of a blizzard, that they had snow chains? And who has snow chains who hasn’t dreaded taking them on and off each year.

Well Hankook will — in future, it says — be able to help. They posit three tires. The first, the Boostrac, has its surface made of a hex field, allowing it to expand and contract to best match the type of terrain. Essentially, it allows you to turn your car into a very smart dune buggy.

The second, the Alpike, is designed to get you through snowy terrain. By expanding its circumference, it creates a gap in the tread and exposes studs that it allow it to better grip the snow.

And coolest of all, the hyBlade. Yeah, you know it’s going to be good when the capital letter doesn’t come until the middle of its name. And cool it is — the tire looks somewhat like a waterwheel, and with good reason. When it enters the water, these slats and pop-out fins help to carry the car along like a rowboat.

I Want it Now!

I know, I know, so do I. But unfortunately, the problem with concept tires is that they are just that — concepts. Still, if there is enough demand, and enough profit to be made, the tire companies may well get cracking and have these ready for us in a few years. So don’t despair — go check it out, and then post your feelings!