Almost An Entire Band In One 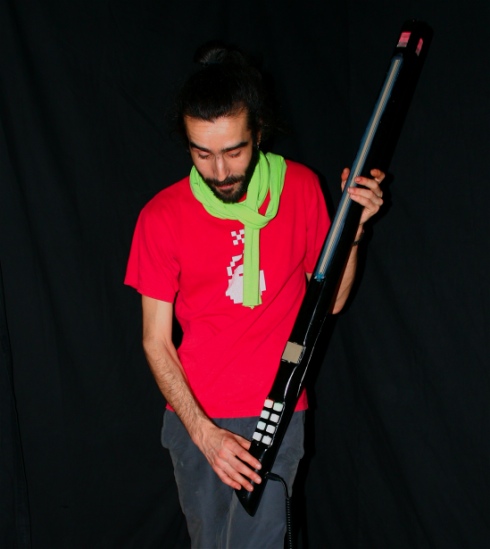 An instrument called TUIST (Transformable Uber Interface for Stardom) is a combination of guitar, bass and drums all in just one handful. Created by Rui Pereira an NYU student who got too bored with the fact that Guitar Hero: Aerosmith is coming out. The custom-made instrument takes up less space than Rock Band and has the ultra-cool ability of changing the way it sounds depending on how one holds it.

The TUIST appeals to the Guitar Hero folk because according to Pereira, anyone can mess around with the TUIST and spawn an interesting sound from it. If you’ve always wanted to make music but have been too much of a lazy bum, then the TUIST is for you. After the jump, a video of the TUIST in action.