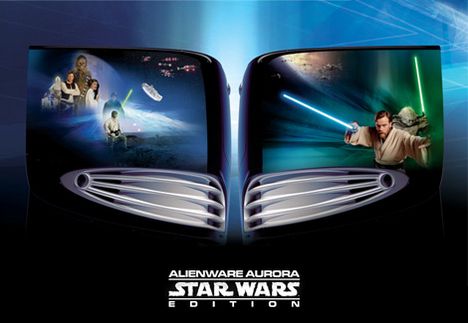 Alienware and Lucasfilm have revealed the Aurora: Star Wars Edition PC. Packed with an AMD Athlon 64 FX-55 processor, along with a slew of special Star Wars stuff such as soundtracks, wallpaper, and desktop themes.

The Aurora comes in your choice of the Dark Side or the Light Side (the Rebels), each themed accordingly with images of characters from the movie. When you buy one, you’ll also become a member of the official Star Wars Online Fan Club. May the Force be with you. And you’ll need it to make enough money for this. 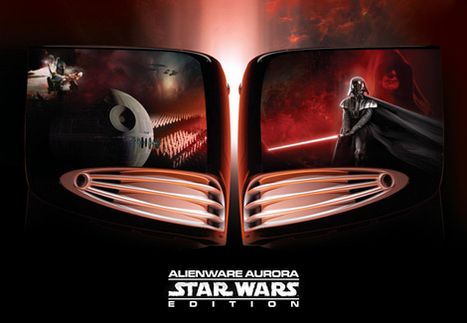