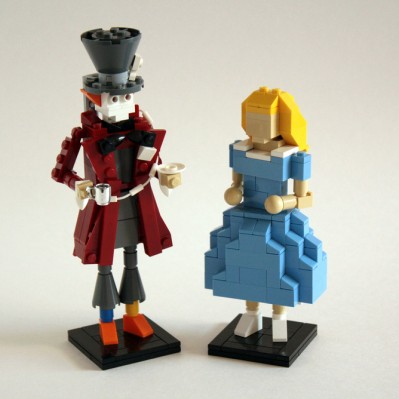 While I’ve heard mixed reviews of Tim Burton’s Alice in Wonderland (as is typical with Burton films), there’s no denying the charm of these Alice in Wonderland-inspired mini LEGO sculptures. Including the Mad Hatter (played by a very Madonna-esque Johnny Depp in Burton’s outing) and Alice herself.

I believe designer Tommy Williamson was going for a relatively minimalist theme, using as few bricks as possible, though I really don’t see what could have been added that wouldn’t have made the models look overdone. I think he used just as many bricks as were needed. Now I need me a Cheshire Cat sculpture.