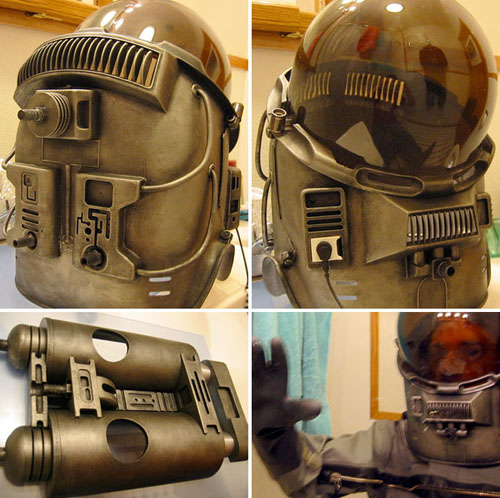 Not much is known about this massive creation of a spacesuit other than it was made by one Dr. Photon and found on Flickr. It was apparently used for a scene in a short film on MySpace. Either way, we like what we see. Very Planet of the Apes.